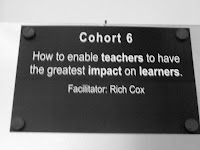 At the conference, one of the questions was how do we help teachers have a greater impact on students. The three areas we looked at were building community, having a more student centered curriculum that includes technology, and imagining a different, and more flexible, learning environment.

When we speak of community, we turn to issues of trust and safety. There aren't a lot of mental health resources available in our society and sometimes issues seem way bigger than our ability as individuals to deal with them but you have to start somewhere. Bullying is a real problem. It is serious and awful and if I described recent incidents, you would think I was exaggerating. Every now and then something is on the news and we are all horrified but it isn't happening now and then, it's happening all the time.

My advisory class discussed bullying and they decided to form a group at our school "We are All Against Bullying". The students want to create a website with interviews, information, and surveys. They want to start a campaign. They are really into the idea of the raising money but they don't know what they need the money for. It makes me laugh but it gets to the heart of the matter in education: the students want to do things; they want to create (even if it just a cake).

After the meeting, a couple of students came to speak to me. They said they weren't comfortable bringing it up but could we create a Gay Straight Alliance at the school and have that be part of our anti-bullying efforts. They said there are a lot of gay students at the school but they don't feel safe.

The next advisory period I asked if students wanted to specifically link issues surrounding sexual orientation to bullying. The first response was that we don't have any gay students at the school but someone said maybe that wasn't the issue because a lot of students accused of being gay weren't. The question was asked if you had a friend who told you they were gay would you still be their friend. Everyone said they would but some people didn't look too sure. It was a great discussion. Someone brought up the Gay Straight Alliance and they all agreed it would be powerful if we publicly stated we were not in favor of using gay slurs and were not homophobic. I think they might be a little nervous but everyone agreed to be part of this group. My advisory has 21 students.

Afterward I was in the hallway and told a teacher who is the webmaster that I needed a page on the school website for our Gay Straight Alliance. She was with some visitors. The visitor overheard and came to see me later, it turns out that they are members of the Gay Straight Alliance from the nearby high school. They want to come and talk to my advisory next Tuesday. A community can start to build very quickly it seems.

I registered our school with the national group of the Gay Straight Alliance. I ordered material about bullying.

While I was on the site I also ordered material about the holocaust from Tolerance.org. I think we will broaden our outlook and include some history. It looks like we will get buses to visit a new holocaust museum in Los Angeles for all the 8th graders. We have other resources in Los Angeles and community members willing to help so we should be able link our efforts to stop bullying in our schools to civil rights. I can't believe this all came together in two days (and it seems a great way to celebrate Martin Luther King, Jr.)

During the next meeting of our teachers, I'll present these developments. Hopefully everyone will be interested.
Posted by Melanie DuBose at 8:40 AM 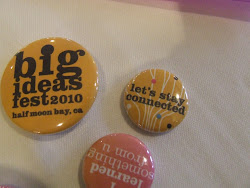 Melanie DuBose
I have a BA in Theatre Arts from UCSC and an MFA in Film Production from UCLA. I teach high school English and Directing for Media at East Los Angeles Performing Arts Magnet.